Extensive storm damage to the harbour at Boatstrand neccessitated immediate emergency works in the Winter period. The harbour is used for both commercial and leisure activities with a large water safety course held every summer.

The contract involved major concrete works to the pier in extreme conditions. The poor condition of the existing pier prevented single sided concrete pours over 1.5m high and a cantilever shutter system was developed. Storms causing swells that engulfed the pier meant that the works had to be suspended for several months to ensure the safety of personnel. 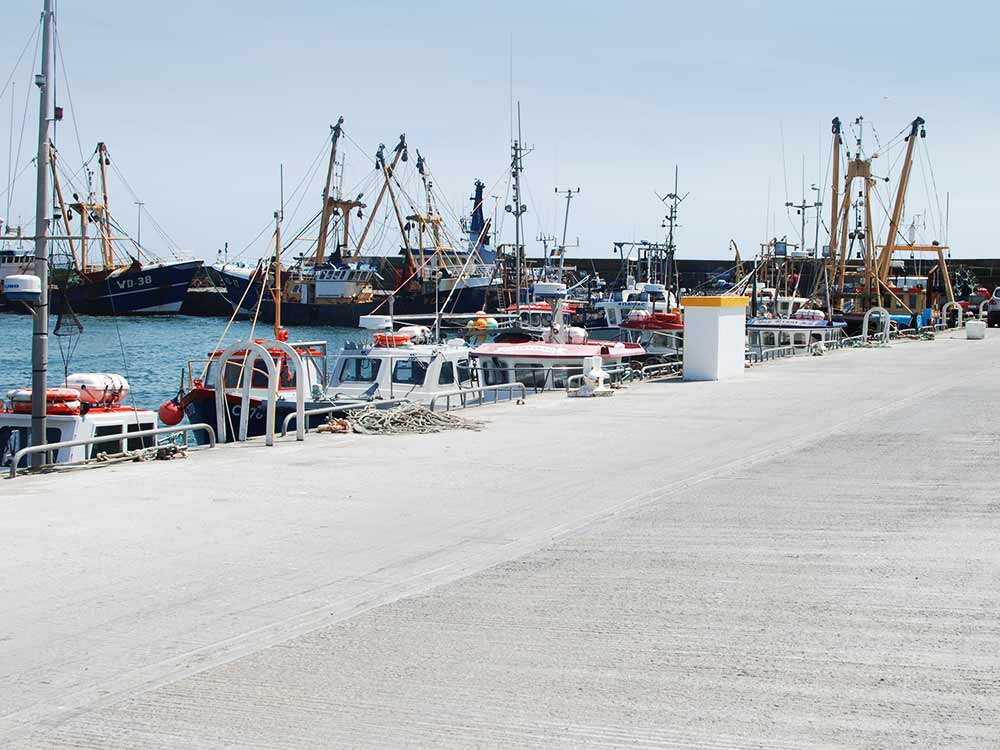